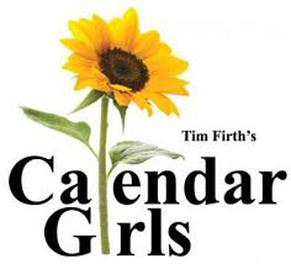 Based on a true story of eleven Women’s Institute (WI) members who posed nude for a calendar to raise money for the Leukemia Research Fund.  This turns into an international media sensation, with hordes descending on their small Yorkshire Village. Chris and Annie’s friendship is put to the test by their new-found fame as they discover how far a great idea can take you.

Note on nudity: As in the tradition of vaudevillian fan dancers, the art of the play’s nudity lies in what is withheld.  The choreography of this sequence is best described as ‘fabulous concealment”.

Director Pamela Jackson is looking to cast actors to play the following characters and age ranges:

Chris (Fifties): You want Chris at your party.  She will talk to people she doesn’t know, find things to fill silences and generate laughter.  Chris and Annie are like naughty schoolgirls.

Annie (Fifties): Annie will join in the mischief but is at heart more conformist and less confrontational than Chris.  The mischievousness that Chris elicits saves Annie from being a saint.  However, she has enough edge to be interesting and enough salt not to be too sweet.

Cora (around Forty): Cora is the joker of the pack, but never plays the fool.  Her wit is deadpan.  It raises laughter in others, but rarely in herself. Her relationship with her daughter is more akin to Chris and Annie. Cora doesn’t have to sing like a Diva but must sing well enough to start the show and snatches of other songs required.

Jessie (late sixties – seventies) A lover of life, Jessie doesn’t bother with cosmetics – her elixir is bravery Jessie goes not roller coasters. Her husband has been with her a long time and is rarely surprised by her actions.  Jessie bothers about grammar and  will correct shop keepers regarding their use of the apostrophe “s”.

Celia (thirty-five – forty-five) A woman more at home in a department store than a church hall, she may be slightly younger than Chris, but she feels she’s drifted in from another world.  Which she has.  Celia has a streak of rebelliousness in her.  This sets her apart from the vapid materialism of her peer group.

Ruth (forties) Ruth’s journey is from the false self-confidence of the emotionally abused to the genuine self confidence of the woman happy in her own skin.  Ruth is eager to please but not be a rag doll and despite being Marie’s right-hand woman she is desperate to be the cartilage in the spine of the WI and keep everyone happy.

Marie (fifties) – she has gradually built the current “Marie “over the years as defense mechanism. She moved to her “Oz,” Cheshire, and found Oz didn’t want her.  She came back scorched.  The WI is a trophy to her, which justifies her total existence.  There is a lingering part of Marie that would love to be on the calendar.

John (fifties) Annie’s husband is a human sunflower. Not a saint. Not a hero.  Just the kind of man you want in your car when crossing America.  When he dies it feels like someone somewhere turned a light off.

Rod (fifties) Chris’ husband, you must be a certain kind of guy to stick with Chris and Rod loves it.  He can give back what he gets and has a deadpan humor which had always made Chris laugh.  John was his mate even though it was first channeled through their wives.

Lawrence (late twenties) Hesitant without being nerdy.  Lawrence is a shy young man with enough wit to make a joke and enough spirit to turn up at the WI hall in the first place.  When he arranges the shots he is close to female nudity but only sees the photo.

Lady Cravenshire (sixties) She doesn’t mean to be patronizing. But the WI girls seem to be from another world.  The world of her estate workers.

Elaine (twenties) Elaine doesn’t mean to be so patronizing.  But Jessie seems to be from another world.  The world other Gran.

Liam (twenties) Liam would like to be directing other things than photo shoots for washing powders.  He’s not so unprofessional to let it show, but he can sense a slight weariness at having to deal with these women.  There’s a resigned patience to his actions and each smile he makes is professional.  For Liam this photo shoot is a job. And not the one he wanted.

Auditions will be held Sunday December 1st and Tuesday December 3rd, 7pm (sign-in beginning at 6:30pm) at
Jenks Auditorium, 350 Division Street (across from McCoy Stadium) and will consist of cold readings from the script.
British accents NOT REQUIRED.  No appointments necessary.
Rehearsal nights TBD after casting – please come with potential rehearsal conflict dates (i.e: vacation dates/times you are not available).